Off Topic discussion. Use this board to discuss general, non PsyTrance related topics.
11 posts Page 1 of 1
Post Reply

Dec 12, 2012 is upon us. End of an era, and into new shift in consciousness. ( I read it on the internet and in books). So I thought I might turn to the brilliant minds of the forum, for advice on the impending apocalypse.

Where do we have to go to survive ? Will 1000m above sea level be sufficient ? Anybody know the best places ?? How many cans of tuna to pack in bunker???

Quote
I hear that teh Sydney Doof is being held near Canberra due to expected tidal waves due to hit the city....
Top

Scientists warn we have a 20 metre sea level rise coming due to Global Warming !

This is only a scientific prediction, we don't know for sure & I did awnser the question because the establishment of global renewable energy infrastructure is the solution we need for the time being.

The world is jumping the gun by investing in Nuclear power. 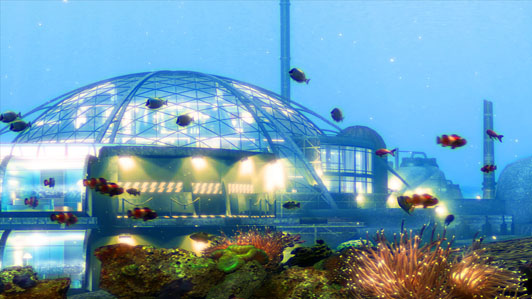 Note its good to experiment living underground & under the ocean to prepare for outerspace colonization.

It has been predicted by scientists that all coastal cities & towns will be under 30 metres of water in 500 to 1000 years time due to global warming or the sun expanding into a red giant, therefore robots will have to farm the landmass's & mining & manufacturing can also be done by robots on land & under the ocean as well.

Its possible that the entire population of planet earth can live in a mega city about the size of the state of texas in North America & this mega city will be located under the ocean. Trains can transport goods from land to this under ocean city which will be probably located near the coast. However probably the better option is to waterproof all coastal cities & towns so they can exist under water.

Sydney should start to be converted into a under ocean city now as it will be under 30 metres of sea water in 500 years time.

Get yourselves some scuba gear, you will need a air compressor & air hose to fill up your scuba tank with air. Water proof your house so it can withstand underwater conditions. What about transport ? Well this could be a tricky affair, boats look like the easiest option, however underground tunnel technology like the Sydney Harbour Tunnel might be common place. Theirs already a few submarines stationed in Sydney.

I'm not insane, (just a sound engineer for the past 30 years), been involved in alot of projects.

Maybe we don't need to waterproof all coastal cities & towns

World's uranium supplies to run out In 250 years

We must reach renewables target before we invest in thorium, their is a such thing as logical progression as opposed to jumping the gun.

Besides nuclear power should be illegal as it is required for future outerspace colonization.

More than enough wind energy to power our world, coal power is so last century

If we can not meet this renewable energy target, then we may as well all become indigenous again & work with permaculture & utilise the horse & cart, in other words bye bye industrial revolution & hello to rural serfdom.

If we meet our renewable energy targets it has been predicted that sea levels will not rise.

rollyz wrote :I hear that teh Sydney Doof is being held near Canberra due to expected tidal waves due to hit the city.... Quote
I think Bindigoat has a great idea. We should build domed cities on the coast line right now, then just let the sea levels rise and cover. This would be a very cost effective way to build underwater cities, with submarine docking bays, inter connecting mono rail tubes, underwater agricultural gardens protecting the soil from salt water, etc.
Top

Quote
true that..... so long as they remember rollercoasters!!

Quote
The thing to do? Accept your intergalactic insignificance and settle in with a good pot of tea.
Omar comin', yo!

Quote
I wonder if with all those nuclear rockets in storage, can space pods be attached to them and fly out into orbit while the world gets cleansed, then just float back down.
Top
Post Reply
11 posts Page 1 of 1
Return to “Off Topic”

Users browsing this forum: No registered users and 23 guests