Odin is the Prime Norse God & he is the God of War & Death as well as being the God of the Sky or the God of outer space, he is also the God of Wisdom, God of writing & God of Science. Jesus was the Son Of God & he was a blue eyed Nordic person according to Roman historians, see the link below to find out more about Jesus. Jesus was more of a peaceful God who preached fables such as love thy neighbor & feed the hungry, but because of his peaceful stance he was killed by his enemies who were the Jews.

The dark eyed Jews have caused alot of trouble in Europe for hundreds of years for they always seek to vilify or discriminate against the bright eyed native inhabitants of Europe. Remember it was the Jews who killed Jesus Christ on account that the dark eyed Jews did not want to pay tax to Rome or praise Jesus Christ as their king. 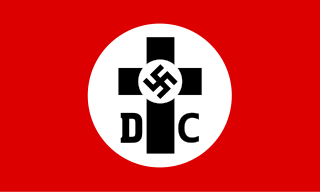 In Germanic Christianity Jesus was the Son of Odin.

The Swastika is the sacred symbol of all White people, it is the symbol of movement & racial purity.

by itchytriggerniggerfingers
More crazy, but now with the addition of invisible men