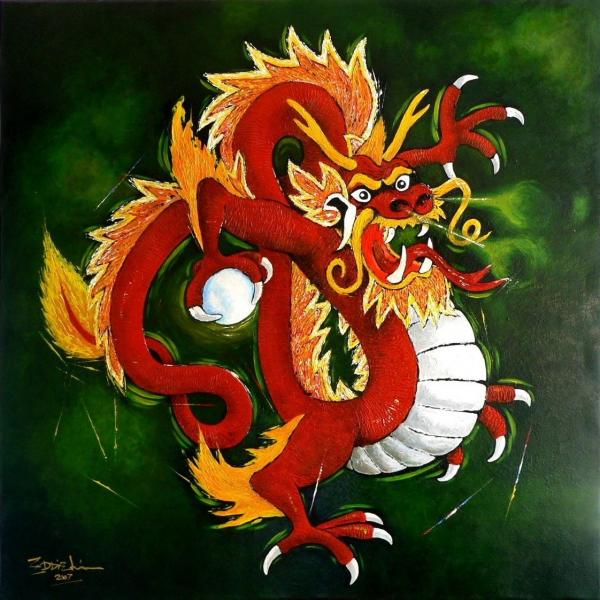 Communism failed because of the abolition of religious institutions, their was too much emphasis on government & propaganda, the only way we can achieve true international anarchy is when we have a Space Theocracy, a Space Theocracy is when religious institutions set the standards of government & trade so as to enable humanity to colonize outerspace.

We have all heard of the upper class & lower class or working class, we are are aware of drug wars, brutality in sports & the demonizing of the Intelligentsia, not only is a class based system unethical its also greatly unproductive.

[1] The Green sector produces food. The God Saturn rules the Green Sector, ruled by the Sun, sacred symbol the cross.

[2] The Red sector works in Industry. The God Thor rules the Red Sector, ruled by the stars & planets, sacred symbol the hammer. We live in a three dimensional world & so their is three sectors in society.

These three sectors of Humanity are under the guidance of the tesseract, otherwise known as the 4th dimension, this is because the three dimensional workings of our human society known as The Three Sectors Of Humanity need to be all under the guidance of a higher dimension, for this we choose the most widely worshipped God who has been praised in many places around the world for at least 13000 years by many ancient empires. We call him (Saturn, Uriel or Lucifer), but we modify his attributes to fit our evolved modern times.

In ancient Roman religion and myth, Saturn (Latin: Saturnus) was a god of agriculture, liberation, and time. For over 13000 years he was known as the Roman God of agriculture, justice & strength, only recently was he called the Roman God of agriculture, liberation, and time, he was also called Uriel or Lucifer & many people would wrongfully call him Satan, when he was rightfully known as Saturn, The Lord Of The Rings, just like the planet Saturn, he was also known as one of the four Arch Angels, it has been said that in the year 1998 otherwise known as the year (666 x 3) he would be resurrected in human form & his spiritual father would be called Gabriel & his mother would be called Hel, Hell or Helen & he would acquaint himself with Raphael a female Arch Angel, Gabriel a male Arch Angel & Michael another male Arch Angel, it was said that 1998 otherwise known as the year (666 x 3) would also be known as the end of the fifth sun & the beginning of the sixth sun, for this was when the Sun began to expand into a Red Giant, thus humanity has less than a billion years to evacuate planet earth & hopefully make a home on planet Mars for many billions of years or other places in our Solar System & foreign solar systems will be safe havens as well.

(Saturn, Uriel or Lucifer) will lead the three sectors of humanity in this world, meaning our planet earth, but he will also be responsible for evacuating humanity from planet earth & for this he has chosen a technology called the space elevator or the space syringe.

Primal Grounding For Enlightenment & Further Education, Otherwise Known As The Force as known in STAR WARS

All the people on this earth are positive molecular beings, they may exhibit a demonic negative darkside or a angelic positive good side, but overall they are generally positive creatures, they have to be. When people relate to the world around them they try to deal with forms in a positive way, because all of the forms surrounding each individual is negatively charged & so a individual trys to be positive so to overcome the negative world which surrounds.

Listed below is the best kept secret of our Time, this understanding was originally developed many thousands of years ago by adept masters of the Occult or Ancient Mysteries.

Mental Transmutation also known as Mental Alchemy, is the Art of Mental Chemistry and the Art of Polarization, which refers to the art of changing and transforming one's own mental states and conditions, as well as influencing those of others & it also reflects how the entire universe operates, it is also known as the force.

The Seven Principles Otherwise Known As The Seven Gates To Heaven

The Principle of Mentalism embodies the truth that "All is Mind."

The Principle of Correspondence embodies the idea that there is always a correspondence between the laws of phenomena of the various "planes" of being and life.

As above, so below; as below, so above. This principle states that there is a harmony, agreement and correspondence between these planes, delineated as

The Principle of Vibration embodies the idea that motion is manifest in everything in the Universe, that nothing rests, and everything moves, vibrates, and circles.
This principle explains that the differences between different manifestations of Matter, Energy, Mind, and even Spirit, are the result of only different "vibrations".
The higher a person is on the scale, the higher the rate of vibration will be. Here, The All is purported to be at an infinite level of vibration, almost to the point of being at rest. There are said to be millions upon millions of varying degrees between the highest level, The All, and the objects of the lowest vibration.
Mental Transmutation is described as the practical application of this principle. To change one's mental state is to change vibration. One may do this by an effort of Will, by means of deliberately "fixing the attention" upon a more desirable state.

The Principle of Polarity embodies the idea that everything is dual, everything has two poles, and everything has its opposite. All manifested things have two sides, two aspects, or two poles.
Everything "is" and "isn't" at the same time, all truths are but half truths and every truth is half false, there are two sides to everything, opposites are identical in nature, yet different in degree, extremes meet, and all paradoxes may be reconciled.

The Principle of Rhythm embodies the idea that in everything there is manifested a measured motion, a to and fro, a flow and inflow, a swing backward and forward, a pendulum-like movement. This principle explains that there is rhythm between every pair of opposites, or poles, and is closely related to the Principle of Polarity. It can be seen that this Principle enables transition from one pole to the other, and not necessarily poles of extreme opposites.

[6] Principle of Cause and Effect

The Principle of Cause and Effect explains that there is a cause for every effect, and an effect for every cause. It also states that there is no such thing as chance, that chance is merely a term indicating extant causes not recognized or perceived.

The Principle of Gender embodies the idea that gender is manifested in everything. To beget, to procreate, to generate, to create, or to produce. Gender is manifested as the Masculine and Feminine principles, and manifests itself on all planes. Mental Gender is described as a Hermetic concept which relates to the masculine and feminine principles. It does not refer to the physical gender of someone, nor does it suggest that someone of a certain physical gender necessarily has the same mental gender. Ideally, one wants to have a balanced mental gender.
Gender exists on all planes of existence (Physical, Mental, and Spiritual), and represents different aspects on different planes. It is also stated that everything and everyone contains these two elements or principles. The Masculine principle is always in the direction of giving out or expressing, and contents itself with the "Will" in its varied phases. The Feminine principle is always in the direction of receiving impressions, and has a much more varied field of operation than the Masculine. The Feminine conducts the work of generating new thoughts, concepts, and ideas, including the work of the imagination. It is said that there must be a balance in these two forces.
Without the Feminine, the Masculine is apt to act without restraint, order, or reason, resulting in chaos. The Feminine alone, on the other hand, is apt to constantly reflect and fail to actually do anything, resulting in stagnation. With both the Masculine and Feminine working in conjunction, there is thoughtful action that breeds success, which points out that both the Feminine and the Masculine fulfil each other.

From these Seven Principles we are able to achieve the 8th principle which is is the infinite application of scientific method which will formulate the classifications of the forms & relationships of our planet, Solar System & Galaxy & also result in applied science & new technologies.

Remember we live in a three dimensional world & so their is three sectors in society. The three sacred sectors all work together as one. We are all human.

May The Force Be With You

Quote
My point is we really should have three sectors . . .

I always thought that any role in government should be occupied by either a scientist or a engineer . . .

Without a Master Plan how can we evolve . . .

Quote
Whats with that prehistoric warp hole that opens up to another parallel universe just beside or around the dance floor at doofs? What dimension is that....?
Top

Quote
YOU FORGOT THE HEROIN SECTOR

Quote
Then there's the entertainment Sector...
The technology sector...
The sports sector...
I think you're talking about the mall there.
Party hire Melbourne
Marquee hire
Top

Quote
What about the Coca Cola Sector or the Charlie & the Chocalate Factory Sector . . . joke . . .

Quote
I'm not quite sure this is sinking in..

A group of individuals, (illuminati) who trace their own lineage back to negative ets who spliced genes in Sumerian times, have almost taken over the world. Their aim was to have humanities collective consciousness below a certain point by the 2012 alignment. They almost succeded. They are the 'dark'.

Another group of individuals, who trace the origins of their ideas back through history via the hermetic thread and to Atlantis, where Thoth was known as Chiquetet Arelich Vomalites, have been working to raise humanities collective consciousness above said threshold before 21 dec 2012.

The bible calls this the battle between good and evil. We are the pawns on the chess set.

The game 'ends' in 6 months. the light has already won. The Euro crashes, the illuminati are surrendering now. Disclosure, ascension, 5th dimension.

Watch.
Would you say i have a Plethora of Pinatas?
Top
Post Reply
8 posts Page 1 of 1
Return to “Current World Topics”